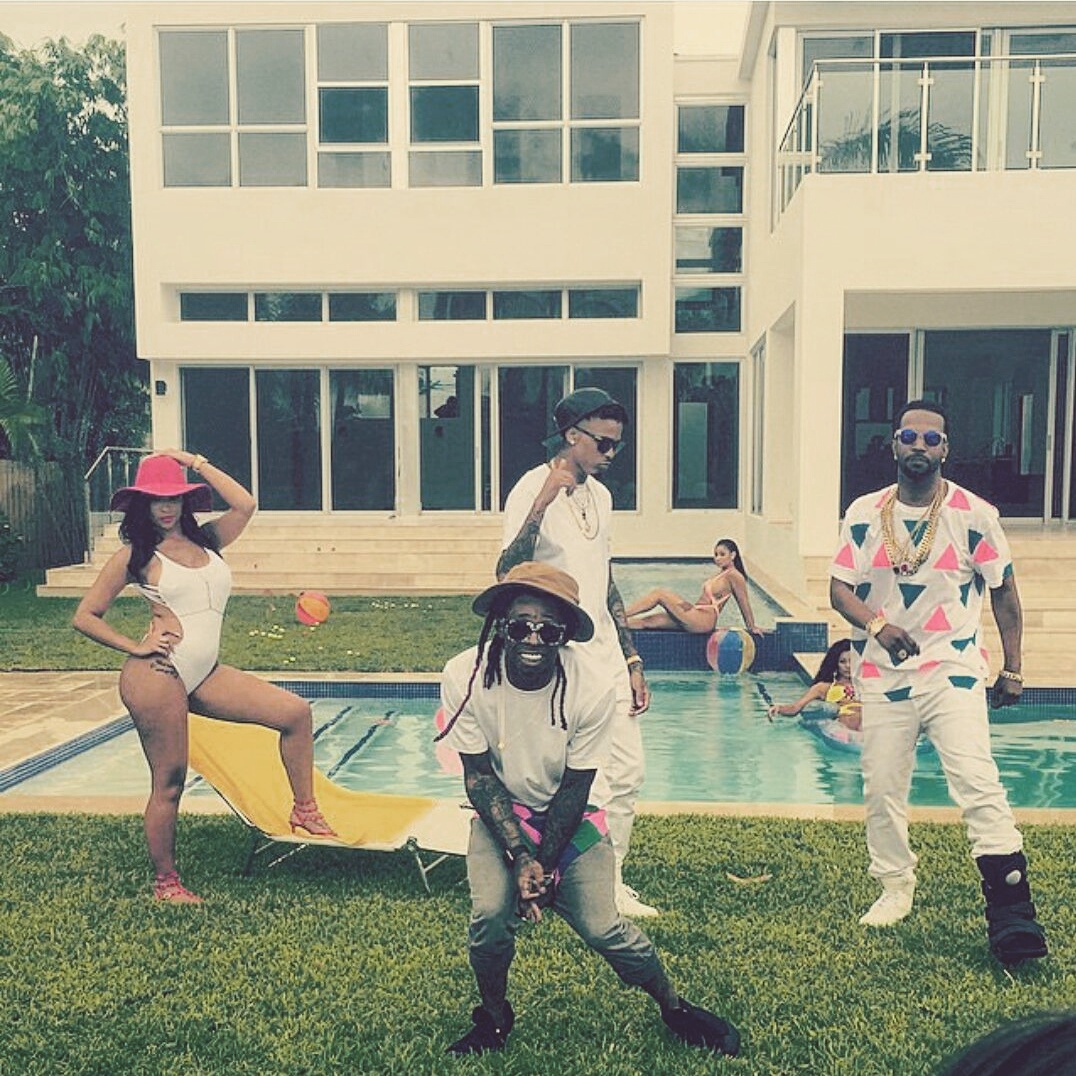 SHOK Entertainment was tasked with producing the music video for “Miss Mary Mack” by Juicy J and featuring Lil Wayne and August Alsina.

Director Gabriel Hart aka Video God based out of LA approached us with producing the music video as it was to shoot in Miami.  We’ve worked with Gabriel Hart throughout the years, and were excited to reconnect with him on this project. Always been a big fan of Three Six Mafia so the chance to work with Juicy J as well as Lil Wayne and August Alsina with a longtime colleague of ours was fantastic. Our extensive production relationships, network of vendors, and our experience in the film production side ensured a smooth shoot.

The outcome speaks for itself and now that the music video has been released we can show you some of the behind the scenes pictures of the production, as we’ve been holding them until the music video was premiered.